Give your child an introduction to the wonderful world of bees with this list of bee facts for kids, including a free PDF that you can print off and put on the wall at home.

Your kids might only know the bee as that loud, buzzy thing that flies around in the garden, but they’re actually remarkable insects that play a vital role in the ecosystem. These 10 fascinating facts about them are designed to pique your child’s interest in the bee and maybe even inspire them to learn more. We’ve also made a free PDF of the 10 facts that you can download by scrolling down and clicking the image.

10 Facts About Bees for Kids

They also have 4 wings divided into 2 pairs.

In the UK alone there are more than 250 species of bee, including the bumblebee, honeybee and mining bee.

Although they can’t see red, they can see something that humans can’t: ‘bee’s purple’! It’s a mix between yellow and ultraviolet light.

4. Honeybees can only sting someone once

Once a honeybee has stung someone, its stinger and other body parts are left behind, which kills the bee. When it dies it also releases a pheromone (smell) that alerts other bees in its colony of danger. Clever!

5. Bees help plants to grow by pollinating them

Bees feed on the nectar contained in the flowers of plants. Whilst they’re feeding on nectar, some of the pollen in the plant sticks to their bodies. When the bee travels to the next flower to feed some more, they deposit the pollen that’s attached to them.  This process, known as pollination, allows fruits and vegetables to grow – which is why it’s so important.

6. Most bees live together in hives…

A hive is a honeycomb structure that the bees build themselves using beeswax. A colony that lives in a hive is generally made up of three different types of bees: the queen bee, worker bees and drone bees.

7. …but some bees live alone

Although honeybees and bumblebees tend to live in hives, species such as the carpenter, digger and mining bee live alone and make their own nest.

8. Bees make a buzzing noise because of their wings

It’s no wonder they’re so noisy: their wings flap around 230 times every second!

10. Someone who looks after bees is called a beekeeper

Beekeepers normally wear a long white suit and round hat to protect themselves against bee stings.

You can download this list of facts as a printable PDF by clicking the image below. Printing it out and sticking it on your wall can help your kids to continue the learning process whilst adding a bit of colour to their bedroom! 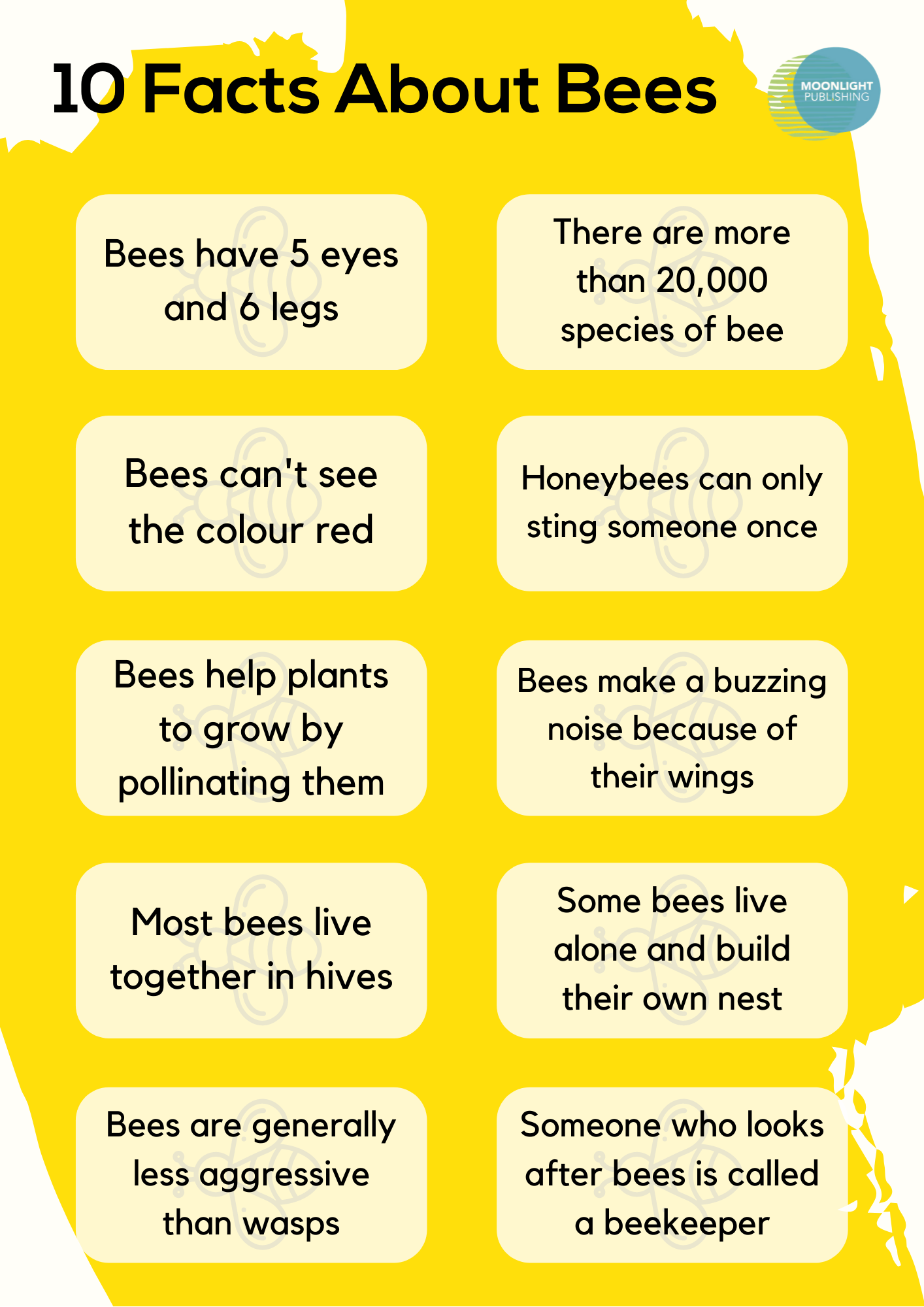 We’ve only covered 10 bee facts for kids, but there’s so much more for your kids to learn about. If they’ve shown an interest in learning more about bees, this children’s book about insects from the My First Discoveries Torchlight series is a great starting point. 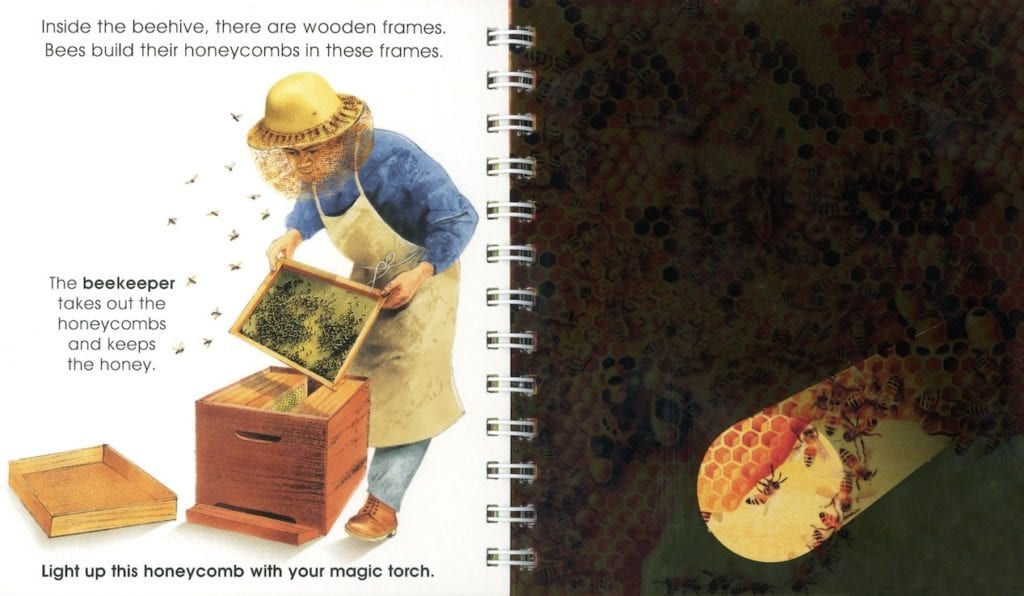 These books are really interactive and come with a magic torch that allows your kids to reveal hidden parts of each page. Perfect for children aged 3-5, they’re a way for children to connect with the subject at hand and ignite their curiosity in the world around them.