Although a man hasn’t set foot on the Moon for almost 50 years now, it remains a source of fascination for humans. Countries including Russia, the United States, China and Japan have all sent spacecraft up there in the intervening years as we seek to learn more about it. And it’s not just adults and scientists who are interested in the moon – it’s a popular thing to learn about for kids.

The Moon can be a great way to introduce your kids to science and the solar system. In this blog we’ve researched 10 fascinating facts about the moon which we think your kids will find particularly interesting. We’ve also designed a PDF poster that you can print off for free and stick it on your wall at home. If you find that these facts caught your kids’ attention, we’ve even listed some further reading resources at the bottom of the blog.

10 Facts About the Moon for Kids

1. It takes 27.3 days for the Moon to travel around Earth

This explains why the Moon always seems to appear in different places in the night sky.

2. The only reason we can see the Moon is because it reflects light from the sun

That’s what gives the Moon it’s bright white appearance. It’s also why the shape of the Moon seems to change a lot.

3. The Earth is about 4 times bigger than the Moon

5. …and their footprints will still be visible in 10 million years

That’s because the Moon has no weather and no erosion.

6. There are more than 200 moons in our solar system

While Earth only has one moon, Jupiter – the biggest planet in the solar system – has 79 moons!

7. There are huge craters and massive mountains on the Moon

It is thought that the Moon was formed after Earth collided with a huge object.

9. It would take around 2 days to travel to the Moon

Are we there yet?

10. Ocean tides are caused by the Moon

It is the Moon’s gravitational pull that makes the Earth’s oceans move closer to and further away from the coast.

We’ve gathered all of these interesting facts and put them on a poster for you to print off and stick on the wall at home. Click the image below to download your copy. 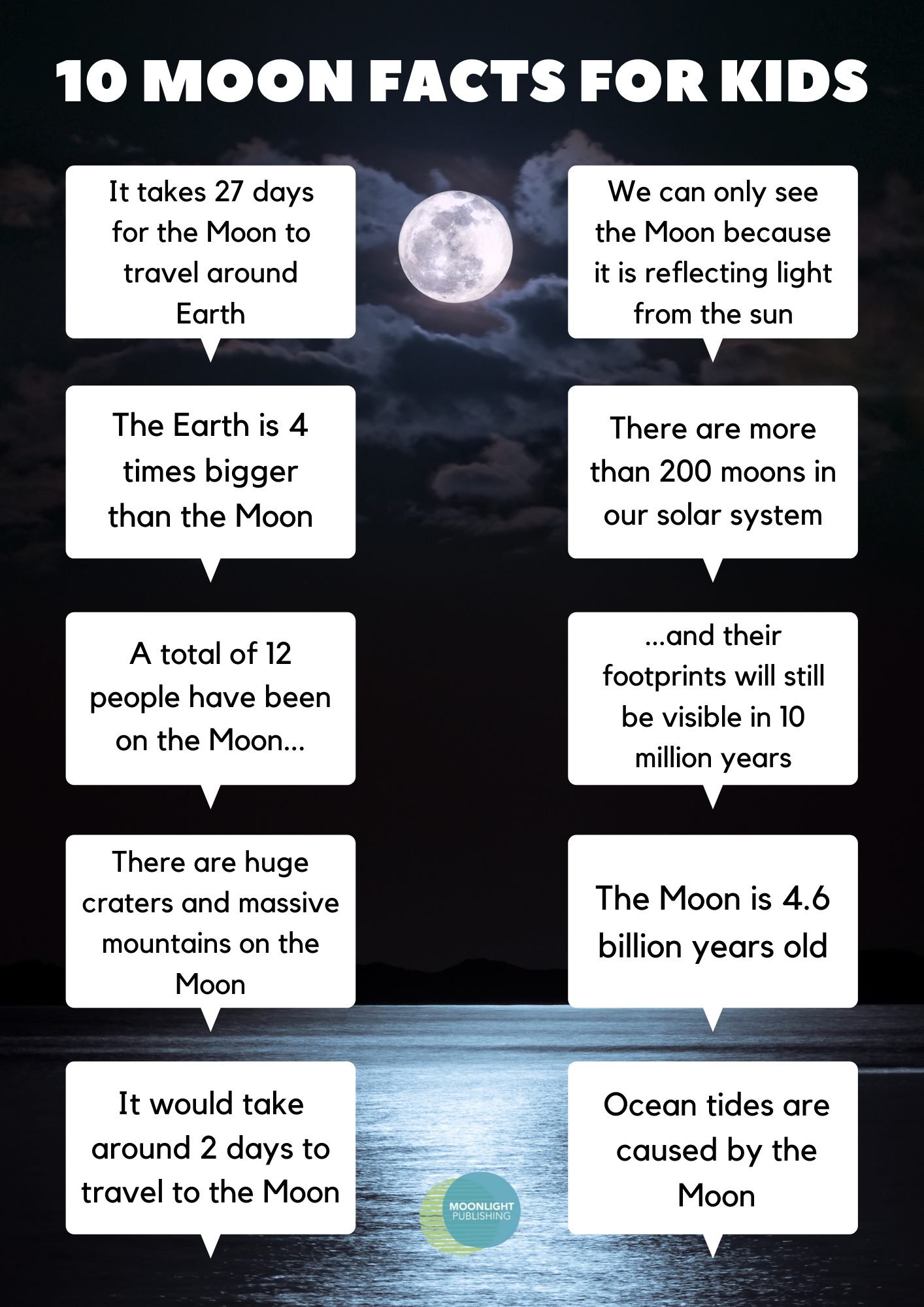 If these moon facts for kids have piqued your child’s interest in the moon, you might like to try this children’s book about the Moon. It is part of the My First Discoveries series of non-fiction books for children, which bring learning to life with beautiful illustrations and interactive features. 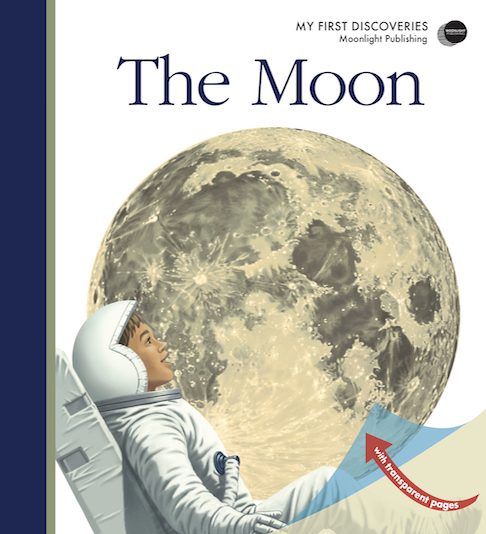 If that’s still not enough for you, here are some useful learning resources which you can use to teach your kids more about the Moon: