Teach your kids about France’s most famous landmark with this list of Eiffel Tower facts for kids, including a free PDF that you can print out.

The Eiffel Tower in Paris is one of the most well-known landmarks in the world. Although it was criticised at the time by architects, nowadays it is seen as a cultural symbol of France. To teach your kids about this famous tower, we’ve rounded up 10 of the most interesting facts about it. We’ve even put them into a printable PDF that you can stick on your wall. Parfait!

10 Facts About the Eiffel Tower

1. It is located in Paris – the capital of France

The Eiffel Tower is still the tallest structure in Paris.

2. It is named after Gustave Eiffel, who designed the tower

He also helped to design the Statue of Liberty in New York.

3. It took just over 2 years to build

Construction started in January 1887 and finished in March 1889. However, it took another two months to install lifts to the top of the tower, meaning the first 30,000 visitors climbed to the top by foot!

You will need to climb 1,665 steps to reach the top of the Eiffel Tower!

5. Around 7 million people visit the Eiffel Tower every year

That’s a lot of people! It is the most-visited paid monument in the world.

6. It was almost built in Barcelona instead of Paris

Yes! There is a rumour which says that Eiffel wanted to build his tower in Barcelona for the World’s Fair in 1888, but the city rejected his plans. Oops!

7. There are replicas of the Eiffel Tower in cities all over the world

The design of the Eiffel Tower proved so popular that similar towers were built in Blackpool, Tokyo and Las Vegas.

8. The tower is repainted every seven years

This is to stop it from rusting.

9. There used to be a secret apartment at the top of the tower

That’s right! Gustave Eiffel decided to build himself an apartment on the very top floor of the tower. It finally opened for public viewing in 2015.

That’s probably because the tower is made from 7,300 tonnes of iron.

You can download this list of facts as a printable PDF by clicking the image below. Printing it out and sticking it on your wall is a great way to continue the learning process for kids outside of the classroom. 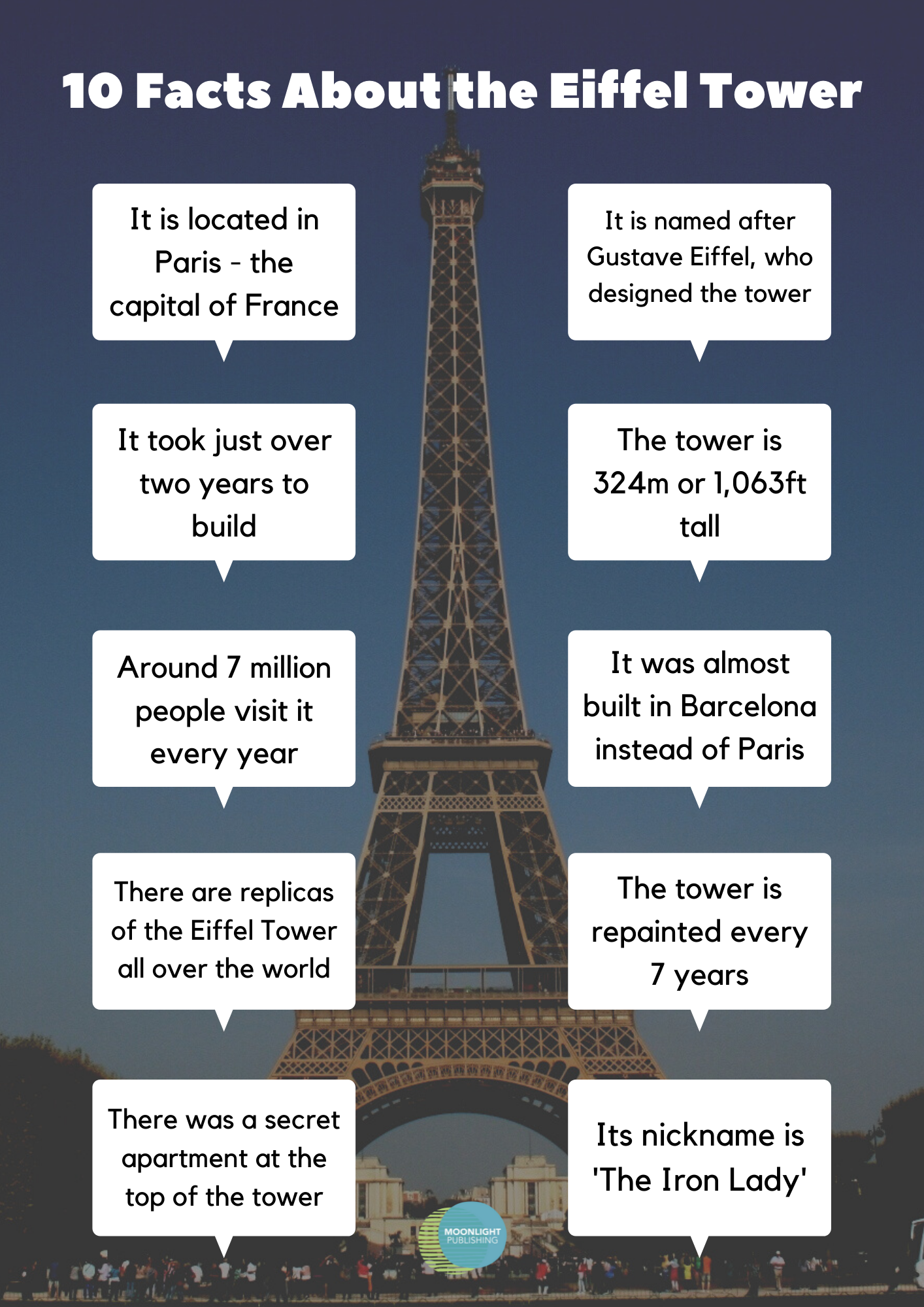 Has reading about the Eiffel Tower got your kids interested in Paris? Then why not continue the learning process with My First Discoveries! The My First Discoveries children’s book about Paris takes your kids on a journey through the French capital. Using a magic flashlight made of card, you can explore the sights of the city whilst learning some interesting facts about it. 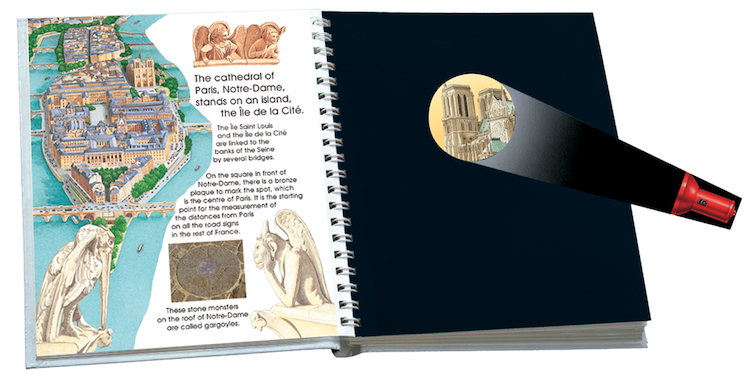 If that’s still not enough, here are a few more kid-friendly resources with facts and information about the Eiffel Tower, Paris and France: